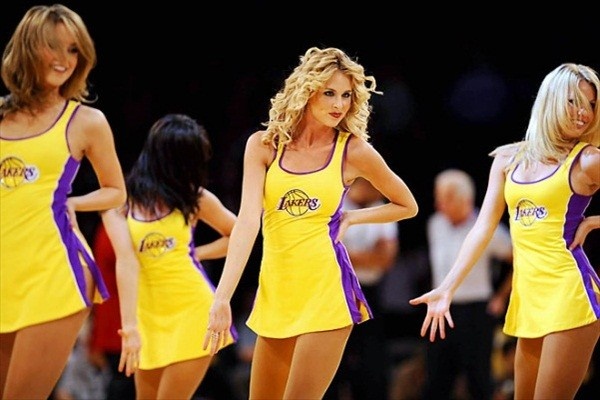 The Los Angeles Lakers are a bad basketball team. We all know this. What we didn’t know — or at least didn’t say out loud — is that this is a team bad enough to lose an NBA game by nearly 50 points.

Following Monday’s 48-point trouncing at the hands of the Utah Jazz (a franchise worst), the Lakers look to put together a respectable showing against the Miami Heat Wednesday.

Subplot No. 2: Will the Lakers look like anything resembling a professional organization?

The Miami Heat have done wonders this season when it comes to saying “screw you” to adversity. Injuries could have ruined this team’s chances at simply making the playoffs, yet here it is with a 43-30 record fighting for home-court advantage in the first round of the postseason.

Against Los Angeles, the key is going to be taking care of the ball. The Lakers aren’t going to create their own opportunities, which means they’ll struggle to create any sort of momentum if Miami keeps the ball out of their hands.

Entering this one, the Heat have won two straight, including four of their last five.

Miami’s last showdown against the Lakers resulted in a Heat victory Nov. 10, 101-88.

The Kobe Bryant Farewell Tour has nearly reached its conclusion. There have been a whole lot of tribute videos, plenty of Kobe’s signature shoes turned into gifts…and more losses for the Lakers than fans in Los Angeles care to think about.

Entering this contest, the Lakers have lost four straight, including eight of their last nine. Head coach Byron Scott is allowing his young players to develop by playing them late in games, but it’s still the Kobe show, and it’s still impossible to get anything positive out of this roster.

The catch, of course, is that L.A. wants to lose games — or at least it should. Not only does this team have the same vision of the lottery that all bad organizations have, but it specifically needs to pile up the losses with that (hopefully) franchise-saving draft pick going to the Philadelphia 76ers if it falls outside the top three.

So while the Lakers will, at times, look like they’re putting up a solid effort against Wade and co., their efforts should ultimately fail them. But again, that’s actually a good thing for this group.

Every loss is a win when it comes to the future of the franchise.

At this point in the season, there’s no reason to trust the Los Angeles Lakers. Consider the final stretch of the year to be nothing more than Kobe’s continued farewell tour.

Give this one to the Heat, and give it to them by a double-digit margin.

If you’re looking for more picks like this Miami Heat vs. Los Angeles Lakers matchup we’ll be providing 4* free NBA predictions on the blog all season long, and check out our Experts for guaranteed premium & free NBA Hoops picks!