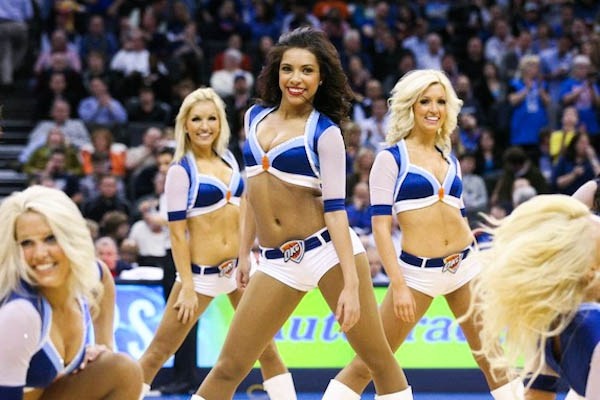 Two teams who have been battling in the Western Conference all season long get set for battle on Thursday night as the LA Clippers and Oklahoma City Thunder go at it.

The teams likely have their seeds locked up, but anything can happen and with nothing set and stone mathematically, both teams need to continue their push.

The Clippers have sat in the 4th spot for nearly the entire 2nd half of the season and while they’ve crept up multiple times on the Thunder for the 3rd spot, they still find themselves 5.0 games behind.

The Clippers likely destination would be the Warriors in the Conference Semi Finals and while the task is clearly a tall one, the return of Blake Griffin could boost this team.

Griffin has been sidelined with an injury and while he has finally healed, he is now in the middle of serving his suspension for getting into a fight with the team’s equipment managers. This season, Griffin has averaged 23.2 points per game to go along with 8.7 rebounds. His presence on both ends of the floor is so tremendous and will make an immediate impact when he returns.

Los Angeles has been a solid road team this year, going 21-15 SU away from the Staples Center.

The Thunder have been a similar team to the Clippers this year.

This team has been one of the best in the NBA, but with the unfortunate being of the West Coast, the Thunder have sat in 3rd all season long as they were unable to stabilize a run that could get them up to the levels of the Spurs or Warriors.

The Thunder have the talent to certainly compete in the Western Conference playoffs, but they obviously will only go as far as Kevin Durant and Russell Westbrook will take them.

The Thunder hold the advantage here.

Los Angeles will be a much different team when Blake Griffin returns, but for now, they are just worried about keeping everyone else healthy. They won’t catch Oklahoma City, and with the way OKC has played at home this year, they should be able to handle business.

Behind the dynamic duo, the Thunder roll over the Clippers here, removing all doubt for the 3rd spot.

If you’re looking for more picks like this L.A. Clippers vs. OKC Thunder matchup we’ll be providing 4* free NBA predictions on the blog all season long, and check out our Experts for guaranteed premium & free NBA Hoops picks!