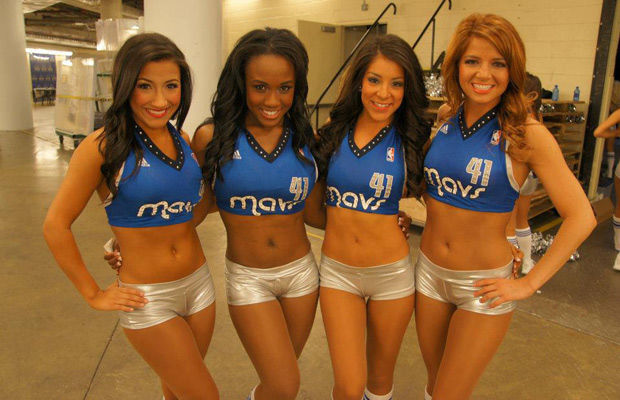 These teams are just a game apart as we head down the stretch. Dallas is tied for the last playoff spot in the West and Houston is on their heels.

No surprise that neither of these teams is looking all that great at the moment but it looks like one of them will make it.

Dallas has to take advantage of the fact that they are at home.

The Rockets have been continuing their inconsistent play down the stretch. They do enter Dallas off a bug home win over OKC on Sunday. Rested up and with not far to travel they have a good shot to tie up the Mavs on Wednesday.

Against his former team James Harden scored 41 points. As it has been all season long though Houston has no clue if the supporting cast will step up enough to power a victory.

Up front the Rockets got very little from their power players Dwight Howard and Donatas Montiejunas – just six points.

They needs those two to provide more offense. K.J. McDaniels scored 10 off the bench, just the third time all season he has reached double figures.

It is easy to peg Houston as essentially a one man team.

The more important the spot the more they seem to rely on Harden to score and make plays. That’s what superstars are for but they have to stop standing around so much.

Houston has a soft closing schedule but this is the game they probably need the most.

Even though they have been without Chandler Parsons the Mavs have been solid lately winning four in a row heading into this one – three of those on the road.

Parsons’ injury has opened up time for rookie Justin Anderson and he has been making the most of it. He is a good athlete and defender who is able to contribute and really fill out a boxscore. No surprise given where he played college ball he is also patient with his offense.

This is a veteran group led by Dirk Nowitzki. Dirk has his moments but lately it has been J.J Barea has been getting it done. He had three 20+ point games in a row and the Mavs have not missed a beat without Deron Williams.

The question is how much the little guy has left in the tank at the end of the year.

Dallas has five games left to hold off the Rockets. Unfortunately they are all against team in the playoffs or playoff race.

This is a veteran group that will be phased by the moment. Every game they play from here on out will be like a playoff contest.

This is a huge game for both teams. Houston might not be the better team but James Harden is such a force that it might be enough to get the Rockets into the playoffs, than who knows.

He led them to the Conference Finals last year.

If you’re looking for more picks like this Houston Rockets vs. Dallas Mavericks matchup we’ll be providing 4* free NBA predictions on the blog all season long, and check out our Experts for guaranteed premium & free NBA Hoops picks!