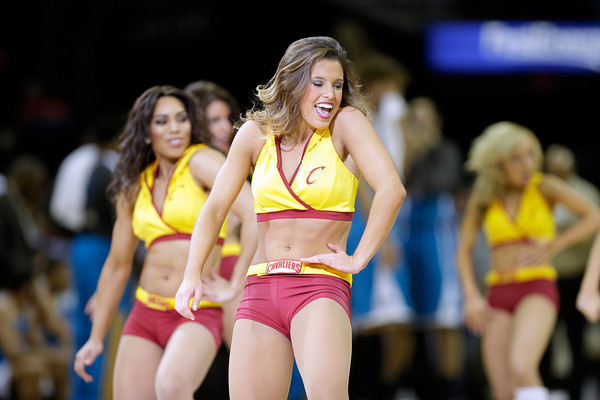 The Cleveland Cavaliers were a team on a mission in Game 5 as they dominated the Warriors in the 2nd half, en route to a win.

The Warriors will now try to do what they did last season and clinch the NBA Finals on the Cavaliers home floor.

Cleveland has this series back on par and have some momentum rolling into Game 6.

Lebron James and Kyrie Irving became the first duo in NBA Finals history to both score over 40 points in a game. The two were absolutely on a mission in Game 5 from the opening tip.

Every time the Warriors would go on a run, one of these two would be there to respond.

Late in the game, it was Irving who continued to come up in a big way hitting shot after shot in the 4th quarter, never allowing the Warriors to get back into it.

An interesting topic heading into this one will be Kevin Love. He played sparingly in Game 5 and really looked lost and didn’t fit in. A lot of his minutes went to Richard Jefferson, who has stepped up.

Love hasn’t contributed much lately and this team actually has played better without him. That being said, this Cavaliers team wouldn’t be here without Love.

He has been a giant part of this team for the last couple years and still could have a major impact the rest of the way.

The Golden State Warriors were without Draymond Green and his impact is now well known.

The Warriors couldn’t shut down Lebron James or Kyrie Irving, which was where Green would typically step up. However, it wasn’t just the defensive end where he was missed. Green’s offensive production was not picked up.

Golden State had just 3 players score in double figures, as the bench couldn’t pick up the slack for the absence of him.

Golden State still has plenty going for them. They did lose a little of the momentum, but they haven’t lost 3 straight games since 2013.

They’ve also proven stealing on the road is not a problem for them. Green will certainly help the cause out, but the bench will also be a key.

This was the first occasion where nobody came in and made a serious impact.

While the party was put on hold for the Warriors, things just got a whole lot more interesting.

Cleveland has a chance to do what they’re supposed to do and send this to a Game 7 by just winning at home.

This will be another close one. Still, Cleveland has that momentum and confidence now, and this is one where they come out on top.

Everybody gets what they wanted, a Game 7.

If you’re looking for more picks like this Golden State Warriors vs. Cleveland Cavaliers matchup we’ll be providing 4* free NBA predictions on the blog during the entire 2016 NBA Playoffs, and check out our Experts for guaranteed premium & free NBA playoff picks!

CappersPicks.com has NBA Odds up on a ton of futures, and you will also find DAILY NBA playoffs lines up as well.