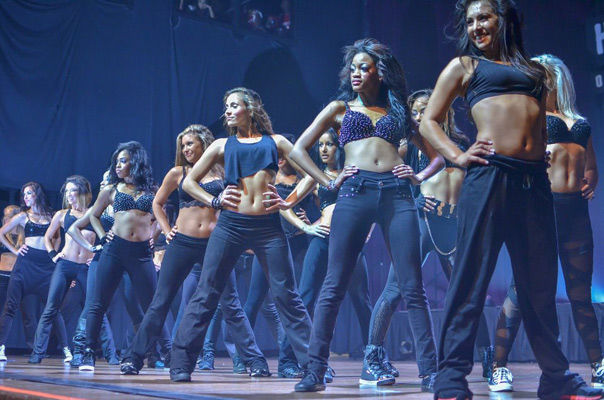 To say this game is important to both teams would be like saying Steph Curry has decent range. Yeah, major understatement. The Bulls are 2 games out of the last playoff spot in the East and the Rockets are in the 8th spot in the West a 1/2 game back of the Utah Jazz.

The Bulls got a much-needed win in their last game, which snapped their 4-game losing streak.

The Rockets have won 2 of their last 3 games and both wins were impressive ones coming against the Raptors and the Cavaliers.

In their last game the Rockets beat the Cleveland Cavaliers 106-100 and the Bulls beat the Indiana Pacers 98-96.

The Bulls rank 20th in the league in scoring and 16th in opponents’ points per game.

In the win over the Pacers the Bulls shot a lower FG% and had more turnovers, but they hit on 10 of their 26 3-pointers while Indiana only connected on 3 of 19 of theirs.

While the Bulls’ starters did not have a great game facing Indiana the bench came up big especially Nikola Mirotic, who went for a game high 28 points.

Derrick Rose is nursing a elbow injury and is a question mark for this game, but if he goes he must play better than he did facing the Pacers when he was 4/15 from the floor for a grand total of 8 points.

The Bulls are 10 games under .500 on the road this season (23-33) and they had lost 3 straight away from the Windy City before beating the Pacers in their house.

The Rockets have to be one of the league’s biggest disappointments, but they are in the playoff race and beat the Cavs in their last game.

In the 8th spot in the Western Conference they are only 2 games back of 6th place Portland and they would love to move up with only a handful of games remaining so they can avoid playing the Warriors or Spurs in the first round.

The Rockets have no problem scoring ranking 4th in the league in points per game, but their D has been their issue ranking 26th in opponents’ points allowed.

While Houston has had their issues on D this season they did hold the Cavs to a FG% of only 36% while shooting a legit 48.1% from the floor. The win over Cavs was a good one, but Cleveland was without LeBron James.

James Harden went for 27 points in the win over Cleveland and while Dwight Howard only had 11 points he did grab 11 boards. His play will be key tonight on both ends of the floor facing a Bulls’ team that does not have a true big man in the middle.

The Rockets are 20-16 at home this season and they have won 2 of their last 3 games on their floor.

Earlier this season in Chicago the Bulls beat the Rockets 108-100.

Both teams really need a win and even though the Rockets beat a King James’-less Cavs team in their last game they were on the road. Back in their house they will win and cover.

The home team is 5-0 ATS in the last 5 games between these 2 teams and look for that trend to continue for this game.

If you’re looking for more picks like this Chicago Bulls vs. Houston Rockets matchup we’ll be providing 4* free NBA predictions on the blog all season long, and check out our Experts for guaranteed premium & free NBA Hoops picks!