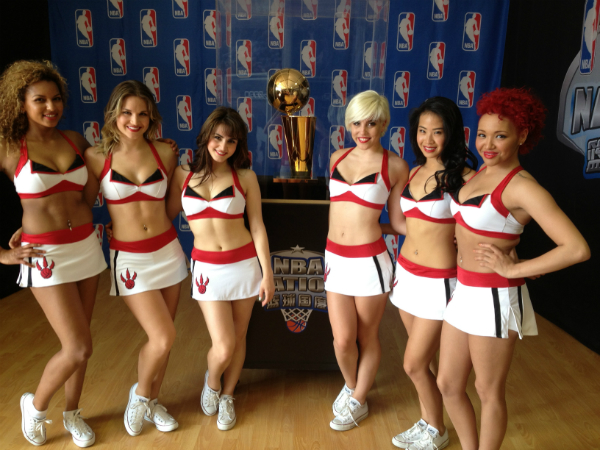 This is an Eastern Conference match up between a couple of teams that have already qualified for the playoffs.

The Raptors are in the 2nd spot in the East and it looks as if it will stay that way, as with 6 games left they trail the Cavaliers by 3.5 games. Speaking of the Cavs they snapped the Hornets 3-game winning streak in their last game.

While the Raptors may not have much to play for the same cannot be said for the Hornets. Yeah, they are in the playoffs, but they are tied in the 5th spot with the Heat and only trail the Celtics and Hawks by ? game. If they finish the season strong there is a legit chance they can host a first round playoff series.

In their last games the Raptors lost to the San Antonio Spurs 102-95 and the Hornets lost to the Cleveland Cavaliers 112-103.

The Hornets are a very balanced team that ranks 11th in the league in scoring and 8th in opponents’ points allowed.

Charlotte needs to get off to better start then they did in the loss to the Cavs in their last game being outscored by 10 points in the first quarter and 16 points for the half.

In the Cavs game the defense for the Hornets struggled with Cleveland not only hitting on 54.2% of their shots, but also 55.2% of their 3-pointers. That is not good facing a Toronto team, whose 2 top scorers are guards.

Kemba Walker and Marvin Williams were solid in the loss to the Cavs, but they did not get much help.

One issue for the Hornets is the health of 2nd leading scorer Nicolas Batum, who left the Cavs game with an injured knee and he is a question mark for this game.

In their last 6 games the Hornets have only faced 2 teams with a winning record and they lost both of those games.

While the Raptors can still catch the Cavs for the top seed in the Eastern Conference it is not likely and because of that some of the key players for Toronto may rest.

The Raptors need to be a more physical team and not settle for their jump shot like they did in their last loss to the Spurs. They shot a legit FG%, better than the Spurs, but they only took 10 free throws while San Antonio took 30.

Toronto has lost 4 of their last 7 games.

In the loss to the Spurs the top 2 scorers of DeMar DeRozan and Kyle Lowry did not play and that may happen again in this game.

The guards played well in the loss to the Spurs, but the starting FW duo of Luis Scola and James Johnson were a less than stellar 0-7 from the field for a grand total of 2 points.

Toronto C Jonas Valanciunas played decent in the loss to the Spurs and he needs to be more aggressive in this game facing a Hornets’ team that does not have a lot of big guys in the paint.

These 2 teams have split the 2 games facing each other this season with each winning at home.

The Raptors are 29-9 at home this season and they have won 3 of their last 4 games in their house.

Maybe like the last game the Raptors will sit some of their key guys, but they did that against San Antonio on the road and while they did lose they did cover.

Back north of the border they will play well and win this game.

While the Hornets are 11-3 ATS in their last 14 games facing the Raptors in Toronto that trend will not continue.

If you’re looking for more picks like this Charlotte Hornets vs. Toronto Raptors matchup we’ll be providing 4* free NBA predictions on the blog all season long, and check out our Experts for guaranteed premium & free NBA Hoops picks!