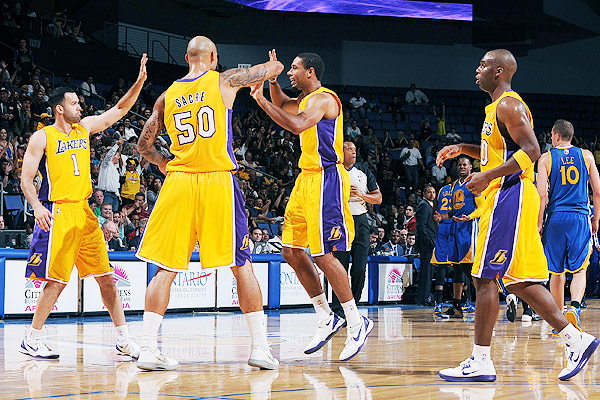 The Celtics are in an obvious letdown spot here after stunning Golden State on the road on Friday night.

Whether the Lakers are good enough to capitalize on that given their current state of messiness is hard to determine.

This is the last game of their West Coast trip for the Cs and that is sometimes a spot to take advantage as well.

The Celtics just pulled off one of the biggest regular season upsets in recent memory. It is not that this club is terrible, far from it, but not many were predicting they could go into Oracle Arena and win outright over the Warriors.

If you read my post on the game you will have seen that I thought Boston matched up well with Golden State but never would have predicted the outcome that occurred.

Key to the victory was getting big time production from Evan Turner. One of the more versatile performers in the NBA he not only supplied the defense they needed to slow down the attack but the he also scored 21 points.

The Celtics had three 20 point scorers in the game as Turner was joined by Isaiah Thomas and Jared Sullinger. Thomas was no surprise but Sullinger is not usually at that level of production.

Boston is in a tight race in the middle of the East and can’t afford to lose against this bad L.A. team no matter how good they are feeling.

The Kobe retirement spectacle is one thing and now they have this D’Angelo Russell silliness to get past. If ever a season needed to end this would be it.

Like Boston the Lakers are coming off a surprising win, overtime at home against Miami. Another example of how Kobe just doesn’t have it and how they might have the young players to turn things around more quickly than expected.

In the win Julius Randle had a double-double and Jordan Clarkson scored 26. Neither are players I am particularly fond of but Randle is one of just eight players averaging a double-double for the season.

L.A. could have enough in place to get to respectability quickly with the right free agent signings. This used to the rivalry that defined the NBA.

On talent there is no doubt the Celtics should follow up their big over Golden State with another one over Los Angeles.

If you’re looking for more picks like this Boston Celtivs vs. Los Angeles Lakers matchup we’ll be providing 4* free NBA predictions on the blog all season long, and check out our Experts for guaranteed premium & free NBA Hoops picks!