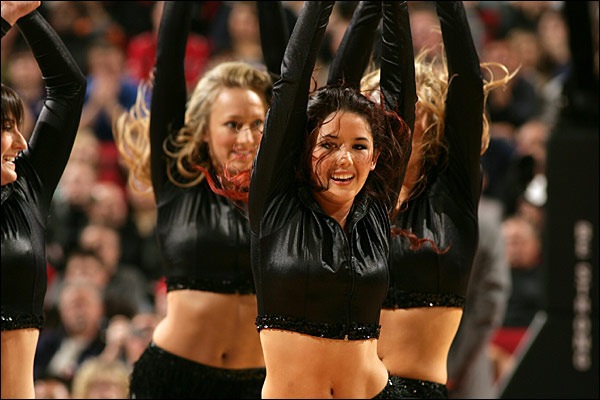 The Los Angeles Lakers served as the Golden State Warriors’ stepping stone to an NBA record their last time out, and found themselves suffering their worst loss of what’s already been a forgettable season. Now the team makes the trip out to Portland having dropped four in a row and hoping to avoid stretching that skid to five games.

The Portland Trail Blazers put an end to a seven-game losing streak with a win over the Los Angeles Clippers last Friday, then followed that up with a victory over these very Lakers just two days later.

The Lakers continue to trot out Kobe Bryant in what by all accounts appears to be the final season for the future Hall of Famer. Kobe was atrocious in the game against the Warriors, shooting 1 of 14 from the field and finishing the game with four points.

When these teams met last Sunday, Bryant shot 6 of 22 from the floor in a 107-93 loss. Jordan Clarkson led the Lakers with 19 points in that contest. He and D’Angelo Russell have been the lone bright spot for the team as a potential backcourt tandem.

Blazers star point guard Damian Lillard put up 30 points and 13 assists when these teams met on Sunday. He would finish just two assists shy of what would have been his first career triple-double just two days later when he scored a team-high 19 points in a loss to the Chicago Bulls.

The Blazers shot a season-worst 35.2 percent from the floor against the Bulls on Tuesday, with Lillard hitting on only four of his 22 shots from the floor, missing all six of his attempts from beyond the arc.

The Lakers have lost 14 of their last 18 games in Portland, and with the way the team is playing now, there’s no reason to expect the team to turn that around. The Blazers’ record doesn’t truly reflect how well they’ve played this season.