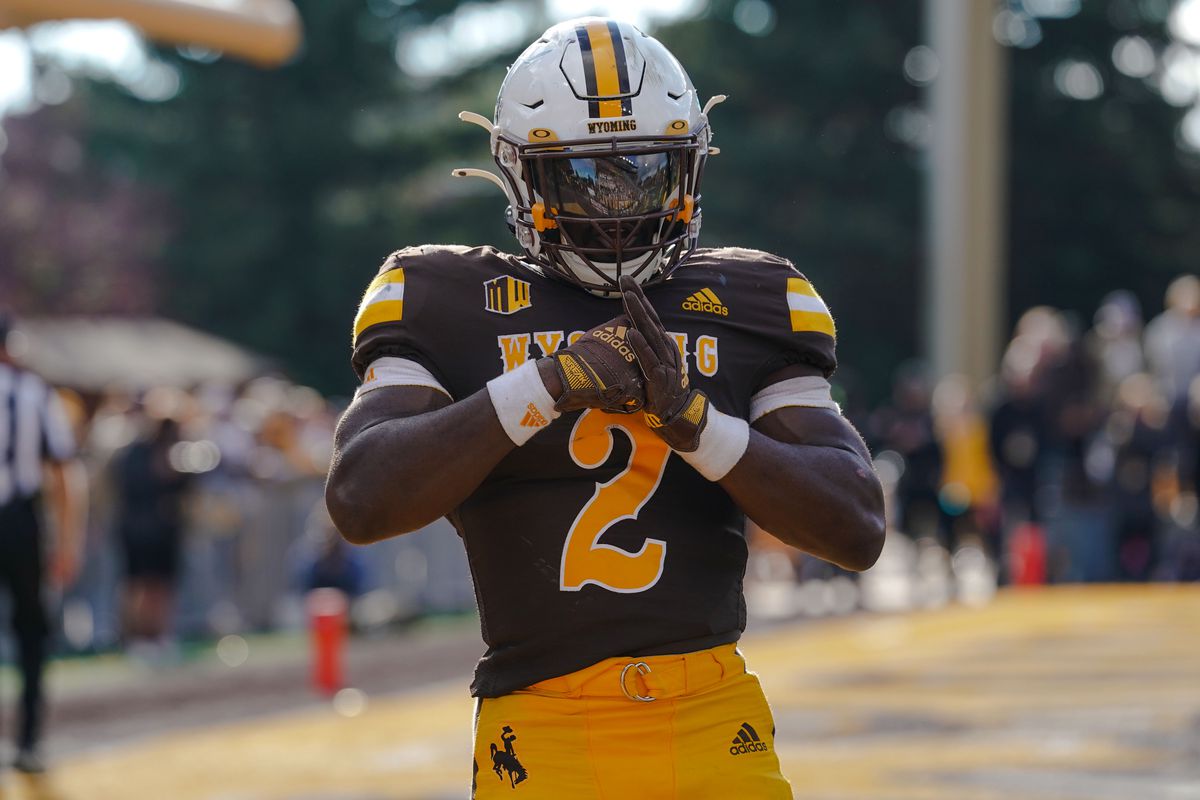 Both teams enter this contest riding back-to-back losses. Wyoming’s latest outing was a 33-16 trouncing at the hands of the San Jose St. Spartans. Before that was a 38-24 loss to then-ranked No. 19 BYU.

For New Mexico, the last outing was a loss to the UNLV Rebels, but the Lobos were largely in control for the first half. They did give up 24 unanswered points, though, ending the game on the wrong side of a 31-20 score. The week before that was an ugly one against LSU that ended 38-0.

These two programs are desperate for a little momentum, which begs the question: Who can command control of this one early?

So far this season, the Wyoming Cowboys are just 89th in defense giving up just south of 400 yards per contest. That’s a problem most weeks, but the real issue is that their offense is struggling to make up any of the difference.

Through six games, the Cowboys are 11 spots from the bottom of CFB in total offense. Their rushing game ranks 71st at 153.5 yards per game, but their passing yards are stuck at 142.7—the 121st best rank in the nation. As a result, the team is putting up just 23 points even on a weekly basis, good enough for a tie at 188th across the board.

Despite the struggles on both sides of the field, the Cowboys are an even .500 at 3-3 both straight up and ATS. The catch is that they haven’t covered whenever they’ve been at least 3.5-point favorites (albeit only once on the season) as they are in this one.

Also this year, four out of six games involving the Cowboys have gone Over. Their offense surely isn’t the one doing it, but any points on the board help the cause when you’ve given up at least 38 points in half your games.

The New Mexico Lobos, like Wyoming, is struggling on both sides of the ball. Offensively, the team is scoring just 20.4 points per outing, a number only good enough for a tie in the 211th spot in all of CFB, per ESPN. Things stay pretty bleak when breaking down where the offense actually comes from, as you see the 118.6 passing yards ranks 126th and their 130.2 rushing yards lands them the 97th spot.

Defensively, 22 points per game allowed doesn’t sound too bad, but you have to remember this includes the outlier from Week 1, a 41-0 annihilation over the Maine Black Bears. Without that showing, the number jumps up to over 27 points per outing.

All that said, the Lobos have been a strong pick against the spread so far. They’re 3-1-1 on the year ATS, and that changes to 1-1-1 ATS when looking at the Lobos as at least 3.5-point underdogs as they are entering this one.

The Lobos will be a better matchup for the Cowboys than San Jose State, but Wyoming has a lot to make up for after a dud.

With both teams looking to bounce back, the over feels like the play here. But if you’re looking for an underdog spread pick this week, New Mexico at +3.5 is one to follow.

If you’re looking for more picks like this Wyoming Cowboys vs. New Mexico Lobos matchup we’ll be providing 4* free College football game predictions on the blog all season long, and check out our Experts for guaranteed premium & free CFB Football picks!