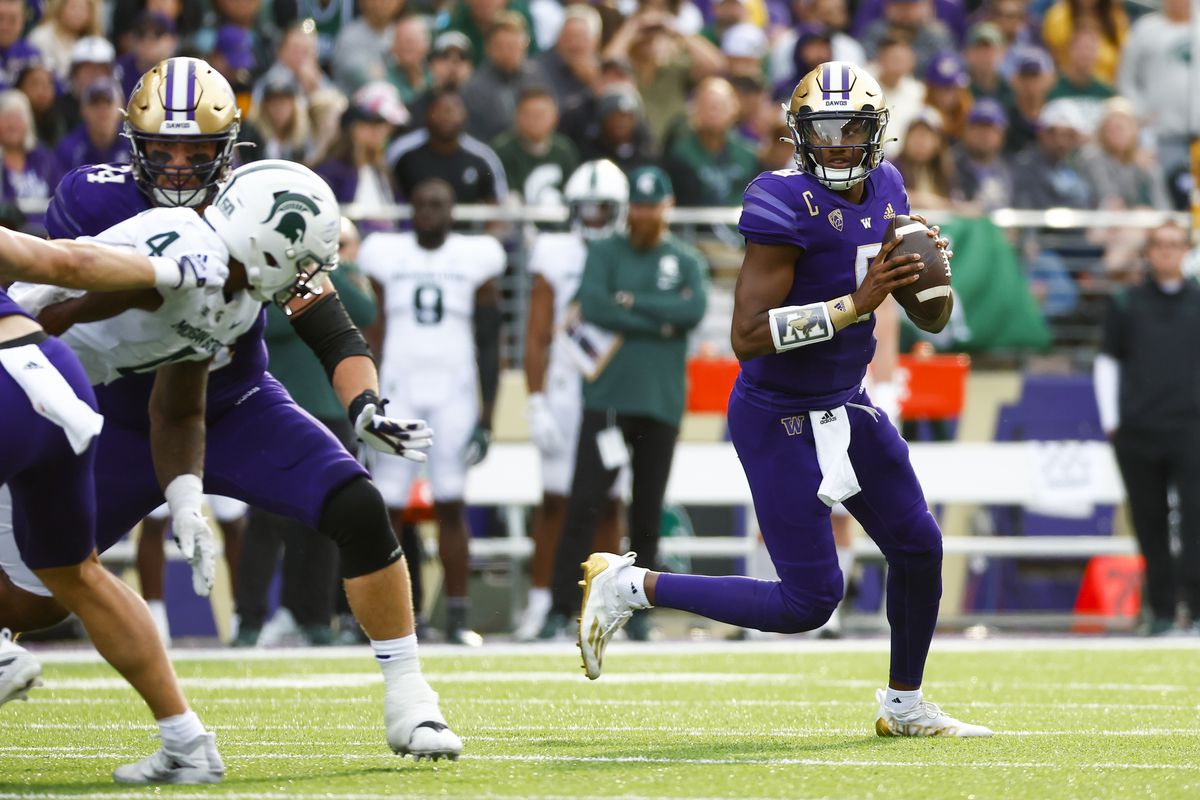 Washington and Arizona State are both licking their wounds this week after both teams went into Southern California and left town with a loss. Now the Huskies and Sun Devils do battle in the Arizona sun to try and get back on track in different ways.

CLICK HERE TO PURCHASE OUR TOP CFB CAPPERS PICKS FOR THIS WEEK!
Washington’s winning streak was de-railed last week – giving them their first loss of the season – while Arizona State is looking for its first win since week 1 in the season.

The Washington Huskies had been rolling until they seemingly met their match in the loss to UCLA. Going down big early, the Huskies clawed their way back, but fell just short. With an explosive offense and a promising young defense, UW had been making easy work of their opponents this season. With a big win over a ranked Michigan State team and a statement win against rival Stanford, the Huskies were starting to make some noise.

The offense has been led by Michael Penix Jr who was garnering early Heisman hype and a trio of receivers who have each put up 4 scores this season: Jalen McMillan, Rome Odunze and Ja’Lynn Polk. This season, Penix has thrown for over 1,700 yards, 16 touchdowns and 3 interceptions with 397 yards and 4 touchdowns coming against Michigan State.

The Husky defense has been mostly stout this season as well. Despite giving up 341 yards per game, this group of young players is only allowing 23.2 points per game, which is quite the accomplishment in today’s NCAA. Asa Turner is the veteran defenseman and difference maker and it showed last week when he was out with injury. The UCLA offense picked apart the Huskies secondary which made all the difference in the game.

The Sun Devils are dealing with a lot this season. They are now 1-4 on the season, including a loss to Western Michigan. The team fired head coach Herm Edwards in a wild series of events and haven’t been able to find their footing this season.

As a team, they are allowing 28.6 points per game while only putting up 23.2 per game. The running game has kept ASU alive, but their passing game has struggled with signal caller Emory Jones throwing for just over 1,000 yards this season with 4 touchdowns and 3 interceptions. His top target, Elijhah Badger accounts for almost a third of Jones’ passing, going for 319 yards this season. The ground game has been the most successful for them with Xazavian Valladay racking up 455 yards and 5 touchdowns.

The defense has been working overtime this season and it shows. The Sun Devils leading tackler is linebacker Kyle Soelle with 61 who has 39 more tackles than the next player on his team. He is also leading the team with 2 interceptions along with Timarcus Davis who also has 2 picks on the year.

The Huskies are notorious for going down to the desert and not playing well. But with one of their most explosive teams in recent history going against a Sun Devils team struggling to do anything positive, this has all the makings of a blowout.

If you’re looking for more picks like this Washington Huskies vs. Arizona State Sun Devils matchup we’ll be providing 4* free College football game predictions on the blog all season long, and check out our Experts for guaranteed premium & free CFB Football picks!

Brandon Banks is back with the Cappers Picks Blog, he has been a sports writer for a few years now. He's been a very successful bettor, especially in NFL, College football & NCAA hoops betting. Reasons for success - not affiliated with any SCAMDICAPPERS. Stay tuned to Brandon, he'll be picking NFL, CFB, CBB and NBA games daily here on the blog.