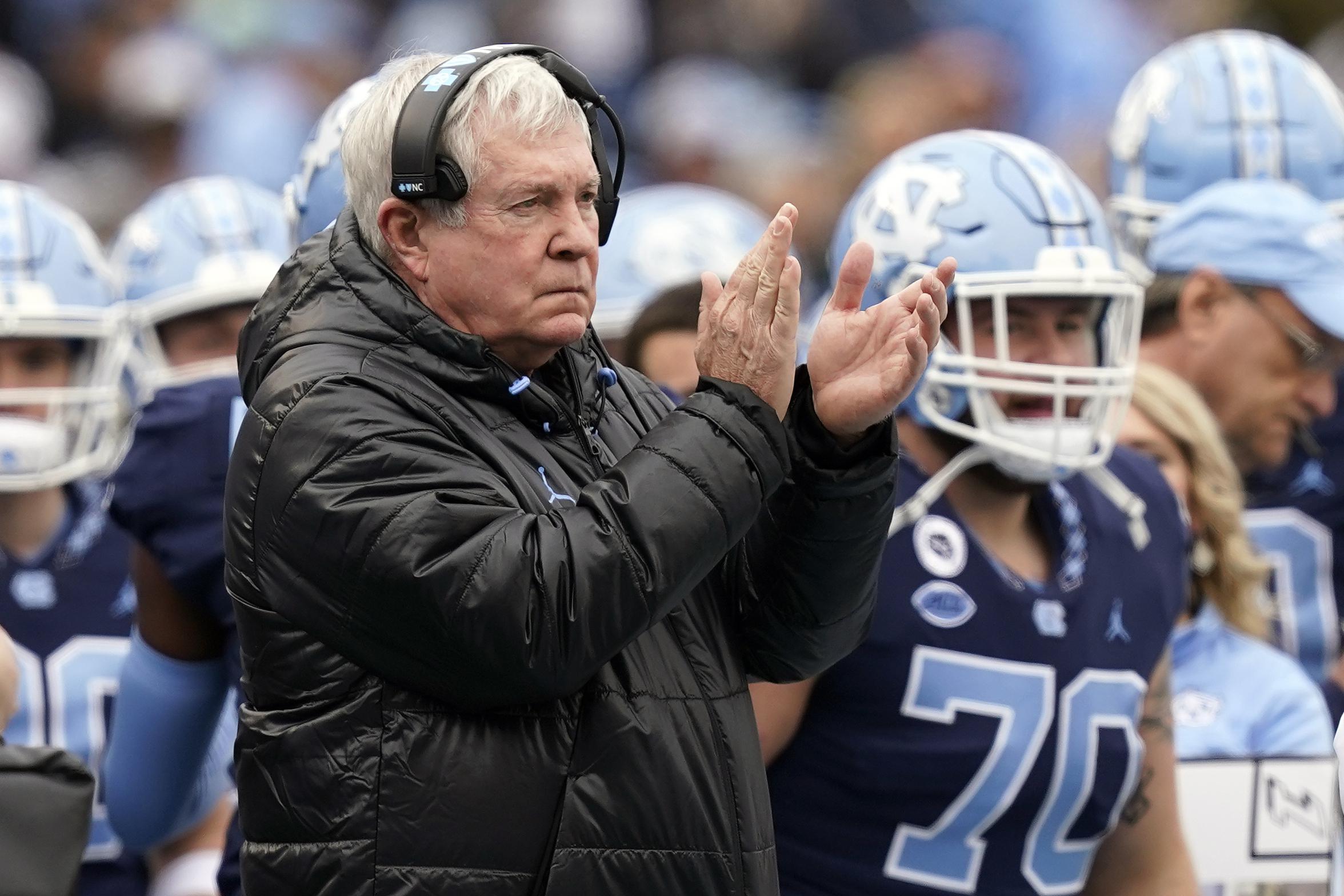 The Virginia Tech will travel to Chapel Hill and take on the North Carolina Tar Heels from Kenan Stadium this Saturday on the ACC Network. UNC will come into this one as the nine-point favorites, with the total opening at 51.5.

HISTORY: North Carolina and Virginia Tech have matched up in every season since the Hokies joined the ACC back in 2004. Tech has won all but three of those meetings, and they lead the all-time series 25-12-6.

The first month of the season but a bit rough for the Virginia Tech football program. The Hokies split their first four games of the season, and didn’t leave much room optimism. They opened the season with a last-minute loss to in-state foe Old Dominion, and despite winning their ACC opener against Boston College, they were embarrassed at Lane Stadium last Thursday.

Grant Wells has endured his share of growing pains early. The Marshall transfer looked rough last weekend against a WVU team he was very familiar with. Wells completed just 45% of his passes and he’ll have to play a lot better in Chapel Hill this weekend if Tech even wants a chance to cover.

Wells threw for 844 passing yards with five touchdowns to five interceptions during the month of September.

Tech’s run game has been underwhelming this season, clocking in at just 112 rushing yards per game. That will have to elevate as the temperatures degree and ACC play begins. Keshawn King starred in the opener against ODU, gaining 133 total yards, but he missed a pair of games with an injury. Sixth-year back Jalen Holston has rushed for 144 yards and two scores in his relief.

Seniors Kaleb Smith and Nick Gallo have been Wells primary targets early. Smith leads the team with 201 receiving yards and he’s on pace to set a career-high. Gallo, a 6’4 tight end, leads the team with 17 receptions and serves as a security blanket.

The Hokies also have a lot of experience on the defensive side of the ball, but UNC may represent the toughest offense they’ve faced.

North Carolina got off to a good 3-0 start despite scares from a pair of Sun Belt schools. The Tar Heels took down Florida A&M in their home opener, and then nearly had any playoff aspirations ended with a trip to Boone. UNC avoided disaster after allowing 40 fourth quarter points, and took down App State in a shootout, 63-61.

Mack Brown’s bunch dodged another bullet seven days later, coming back to defeat Georgia State after trailing at halftime. The Tar Heels opened ACC play at home last Saturday, and instead they ended up giving a fallen group of Irish a big boost of optimism.

Drake Maye has provided a seamless transition at the QB spot for UNC. The redshirt freshman jumped out to a terrific start, leading the ACC in passing percentage, yards, and touchdowns early, but Notre Dame made the young signal caller uncomfortable last weekend. A bounce back performance here at home feels like against a struggling Hokies team.

Maye has thrown for 1,231 passing yards, with 16 touchdowns to one interception, while adding 182 rushing yards and a score on the ground through the first three games of the season.

Omarion Hampton leads the backfield for the Tar Heels. The redshirt freshman has rushed for 100 yards and two touchdowns in two of his first four games, and he leads the Heels with 256 rushing yards and five touchdowns. This will mark his first taste of ACC play as well, so look for veteran back D.J. Jones to have a role as well.

Maye has spread the ball out well early, with eight pass catchers already surpassing the 100-yard mark. Josh Downs’ return was big last weekend, and he’s caught 14 passes and 110 receiving yards with four touchdowns in two games this season. Kobe Paysour has carved out a role early, leading UNC in catches (15) and yards (175). Tight ends Kamari Morales and Bryson Nesbit have each caught a pair of touchdowns.

North Carolina suffered a tough defeat at home last weekend, but it’s clear they have something special with freshman QB Drake Maye. We’ve seen Mack Brown do special things with Vince Young, Colt McCoy and Sam Howell, and it looks like Maye will be next in line. The Tar Heels are in a beautiful spot to bounce back, and we think it happens here.

Virginia Tech will find trouble keeping up with the UNC offense, and it’s likely their run atop the ACC Coastal Division ends rather quickly. Grant Wells will have to play big to prevent a blowout, and Tech’s has given no reason to trust them thus far. Rock with Mack’s pack here, as they should lay the points. UNC by 10

If you’re looking for more picks like this Virginia Tech Hokies vs. North Carolina Tar Heels matchup we’ll be providing 4* free College football game predictions on the blog all season long, and check out our Experts for guaranteed premium & free CFB Football picks!