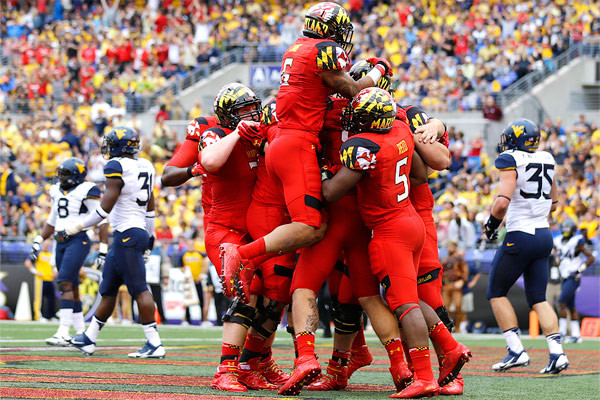 One of those games takes place at Byrd Stadium in College Park, Maryland.

The UCF Knights make the trip to Maryland to take on the Terrapins. These two teams played last year and the Terrapins came out ahead by a final score of 30-24.

The UCF Knights have had a really tough last couple of weeks. After winning the first game of the season they didn’t play their next game because of Hurricane Irma that hit the state of Florida.

One thing to really watch in this game is how they come out early in the game. They haven’t played a game in a few weeks and the first quarter of this game is going to be really key.

In the first game of the year though they looked dominating. They played FIU and from the opening kick off they dominated the game and came out ahead by a final score of 61-17.

Central Florida is led by quarterback McKenzie Milton who looked really good in game one. He threw for 360 yards and four touchdowns.

This defense is a lot tougher though, and he is going to need to make sure to make smart plays with the football, and really take control of the offense.

On the other side of this match up is the Maryland Terrapins who have dominated both of the games they have played in, and one of those teams was the Texas Longhorns.

In the first game of the season they matched up with the Longhorns and they had a perfect game plan coming in offensively and that led to a 51-41 victory over them.

They lost a key part of their team in that game though. Quarterback Tyrell Pigrome tore his ACL and will miss the season, which is a real disappointment after the way he played in game one.

He really looked like he was the real deal and that he could really help the Terrapins take the next step this year. But they don’t have him now and they are going to need to figure out how to win games without him.

The other thing that is going to need to be better is the defensive side of the ball. Even though they won against Texas the defense really struggled in that game.

Both of these teams have no issue scoring points and I think that will be the case again in this one.

I think this game will be a good old fashion shootout. I think the Terrapins will make a few more key plays down the stretch to win a game that covers the over.

If you’re looking for more picks like this UCF Knights vs. Maryland Terrapins matchup we’ll be providing 4* free College football game predictions on the blog all bowl season long, and check out our Experts for guaranteed premium & free CFB Football picks!