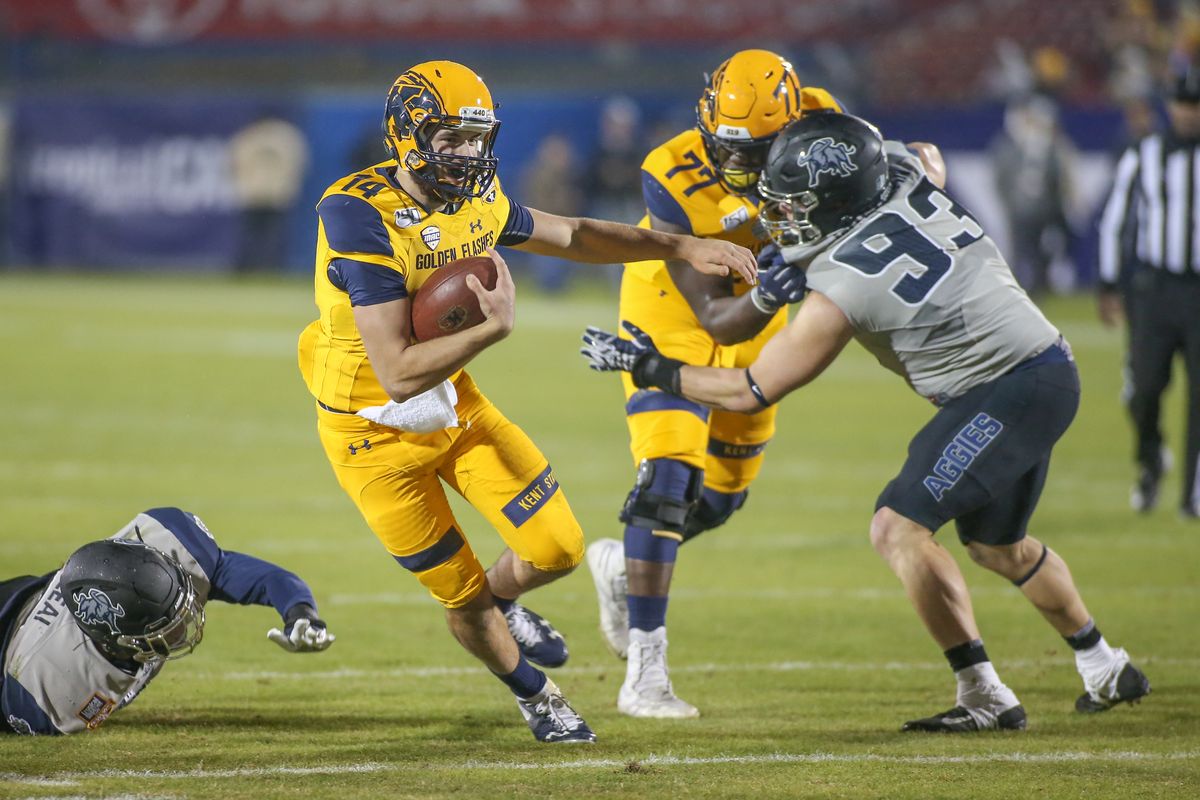 The Ohio Bobcats and Kent State Golden Flashes face off on Saturday in a college football game at Dix Stadium.

Ohio comes into this game with a 2-2 record overall but the two losses were against good teams. They lost to Penn State 46-10 and in the last game against Iowa State they were defeated 43-10.

In the last game against Fordham the defense gave up 52 points, but the offense scored 59 points and that was enough to secure the win by seven points. Under center for Ohio is Kurtis Rourke and in the last game he completed 41 of his 50 passes for 537 yards and four touchdowns.

Even though they scored a ton of points, the running game wasn’t elite, and in this game they need to have a more balanced attack. The defense is also going to need to be a lot better.

On the other side of this matchup is Kent State who sits with a 1-3 record overall but they have played a tough schedule. They have three losses against Georgia, Washington, and Okalhoma, and the only win came against LIU Brooklyn.

In the last game against Georgia, the offense was actuall ydecent scoring 22 points, but the defense gave up 39 points and that led to the defeat. Colin Schlee is under center for Kent State and in the last game he completed 14 of his 21 passes for 174 yards, one touchdown, and one interception.

In this game if the offense finds some success and puts the pressure on the Ohio defense, they will be in solid shpae to pull off the upset.

If you’re looking for more picks like this Ohio Bobcats vs. Kent State Golden Flashes matchup we’ll be providing 4* free College football game predictions on the blog all season long, and check out our Experts for guaranteed premium & free CFB Football picks!