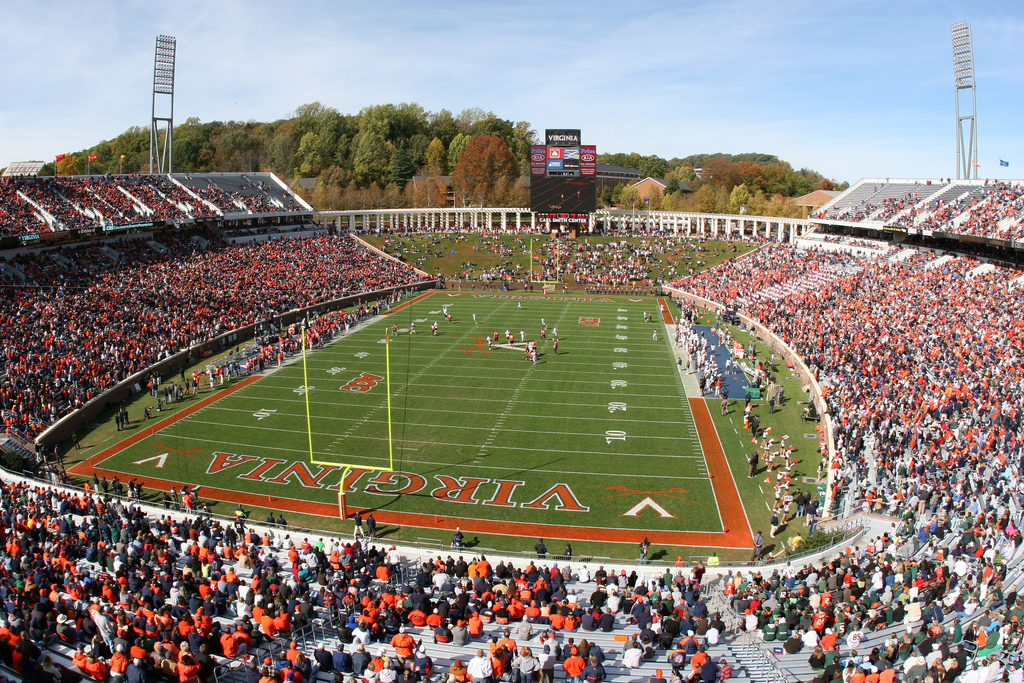 The Louisville Cardinals will travel to Charlottesville and take on the Virginia Cavaliers from Scott Stadium this Saturday on the ACC Network. Louisville comes into this one as the three-point favorites on the road, with the total opening at 50.5.

HISTORY: Louisville and Virginia have faced off in each season since the former joined the ACC back in 2014. The all-time series between the Cavs and Cards is tied 5-5, with UVA winning the last two matchups.

Louisville can’t catch a break right now. They had to open the season in front of a hostile Carrier Dome crowd, which didn’t bode well. The Cards faced Florida State in their home opener, and lost in the fourth quarter.  ‘s team has secured wins over UCF & USF, but they’d fall victim to another ACC blunder last weekend.

In Week, Louisville lost to Boston College in Chestnut Hill, 34-33, missing the 13-point spread by a mile.

Louisville has scored 26.4 points per game, while allowing 23.4 ppg.

The status of Malik Cunningham will be big for this one, as the Cards may be coming into Charlottesville with a big dilemma. Cunningham left last week’s game, which may have led to the final result, a heavily favored loss to BC.

The senior quarterback is extremely dynamic and flat out mirrors his predecessor. In plain terms, Malik Cunningham is a poor-man’s Lamar Jackson, and his absence will definitely alter this matchup. Cunningham has thrown for 968 passing yards, rushed for 457 yards, and scored 12 total touchdowns (3 pass, 9 rush) this season. If he can’t go, Brock Domann will make the start after replacing the star QB last weekend.

Cunningham leads the team in rushing, while Tiyon Evans handles the backfield work. The Tennessee transfer scored in his first three games with Louisville, and he rushed for 263 yards.

Tyler Hudson and Ahmari Huggins-Bruce line up outside. Hudson, a Central Arkansas transfer, leads the team in receptions (22) and receiving yards (312). Huggins-Bruce scored last weekend, and has 17 catches and 265 yards.

Inconsistency has plagued Virginia’s season early. They defeated in-state foes Richmond and Old Dominion, but they’ve faltered three times against Power 5 schools. They were overmatched in a battle of states with Illinois back in Week 2, and they’ve dropped their first two ACC games on the road. After playing an undefeated Syracuse team closely, UVA found trouble in Durham last weekend.

Brennan Armstrong set school records in Bronco Mendenhall’s Air Raid last season, but things have started a lot slower this year. The fifth-year senior found himself in no mans-land against Illinois, and the same issues have continued. Poor protection and communication from the offensive line, along with grasping a less explosive offense, have been a recipe for disaster for the 4,000-yard passer.

Armstong is up to 1,050 passing yards with four touchdowns to five interceptions through the first weeks of the season.

Perris Jones has come in and received the majority of the work early. The senior back from Alexandria gained 118 yards in the win over Richmond, and he performed well against the Orange, rushing for 87 yards, including a 28-yard score. Jones leads UVA with 273 rushing yards.

UVA still possesses one of the stronger four-wideout sets in the country. Swiss-army knife Keytaon Thompson led the team in catches last season, and he’s on pace to do so again with a team-lead 32 receptions through the first five games. Dontayvion Wicks recorded a 1200-yard season in 2022, and he’s got 21 catches for 218 yards thus far.

If Malik Cunningham misses this game, it’s impossible not to love UVA here at home. He’s too dynamic of a piece to replace and his absence will limit what the Cards are able to do offensively.

This home bout gives the Cavs a chance to get back on track in ACC play and climb back to .500 before their bye. The Cavaliers have won both of their games in Charlottesville this season, and Cunningham’s potential absence could make that three straight wins in the hills for the Wahoos. I’m rolling with my home state here.

Spot Virginia the points for safety, and definitely play their underdog ML this Saturday.

If you’re looking for more picks like this Louisville Cardinals vs. Virginia Cavaliers matchup we’ll be providing 4* free College football game predictions on the blog all season long, and check out our Experts for guaranteed premium & free CFB Football picks!