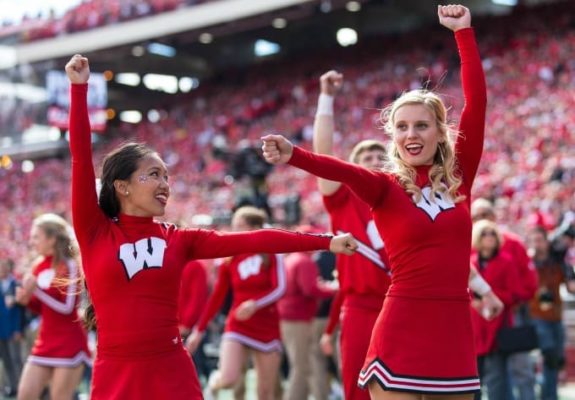 Big things are expected for Wisconsin who had went 8-5 season. A season that ended with a 35-3 win against Miami in the New Era Pinstripe Bowl. The team will have their hands full as they have five games against ranked opposition this year.

It was a good beginning to the head coach Jim McElwain’s era. McElwain was previously the receivers coach at Michigan (2018), and head coach at Miami (2015-17. The Chippewas appear a bit better than last season but it won’t matter much in this game.

On Thursday night the Chippewas beat the Albany Great Danes 38-21. Central Michigan jumped out to a 17-0 lead and remained in control the rest of the contest. Quinten Dormady led the Chippewas with a huge game. The signal caller had 285 passing yards and three touchdowns.

Jonathan Ward led the ground game with 158 rushing yards and two touchdowns. It wasn’t all pretty for Ward as he had two fumbles in the contest. Kobe Lewis wound up with 50 yards on 13 carries.

Tyrone Scott was the beneficiary of Dormady’s big game as he led the team with 93 receiving yards and two touchdowns.

Wisconsin kicked off their 2019 season with a 49-0 win against South Florida. It was a defensive performance that we have been accustomed to seeing from the Badgers over the years. Wisconsin allowed a total of 157 yards, while forcing three turnovers.

Eric Burrell and Collin Wilder forced the picks for the Badgers.

It didn’t stop there as Taylor added 48 receiving yards and two receiving touchdowns as well. Nakia Watson wound up with 80 yards and a touchdown.

It was the biggest loss in the Bulls history and it was the first time they were shut out since 2014.

The Chippewas have improved but the Badgers are simply on another level. I expect Coan and Taylor to have big games in this one.

Wisconsin’s defense will have no issue against Dormady and the Chippewas. Look for Wisconsin to win this game in blowout fashion here.

If you’re looking for more picks like this Central Michigan Chippewas vs. Wisconsin Badgers matchup we’ll be providing 4* free College football game predictions on the blog all bowl season long, and check out our Experts for guaranteed premium & free CFB Football picks!