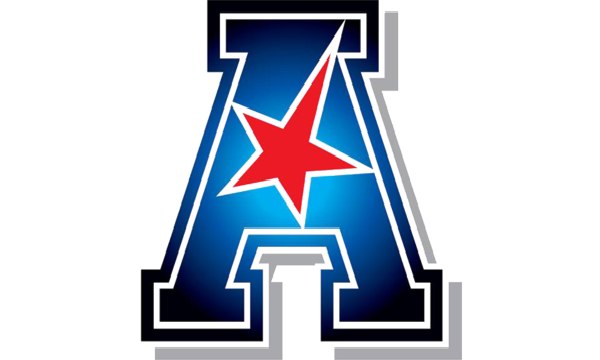 Looking for 2020 American Athletic Conference Predictions? Is someone from the AAC going to win a national title this season, not likely but there are good teams in this league and more than one of them.  UCF might have opened the door but others are making sure it stays open.

Cincinnati and Memphis are going to challenge UCF for supremacy this season and remember Luke Fickel thought his situation with the Bearcats was better than what was going on at Michigan State.  Memphis maintained continuity by promoting from within when their coach left for FSU.

The AAC not only has a huge geographical footprint but there is also a lot of diversity in the type of programs.  Navy is never the most talented group but they just might be the one team that nobody wants to play.

Houston is another program that seems to be able to grab a game or put a scare in anyone. Last season came off the rails pretty quickly for the Cougars but they will start the season with a real chance.

The Knights lost a few games last season, but they still won 10 or more for the third year in a row. There is no reason to expect that to change this season. There is a lot returning to get them back to the top of the AAC this season.

Dillon Gabriel was just a freshman last season.  When he played like one the team had its struggles but when he was sharp they were tough to beat.  He is losing some weapons but UCF has been good at recruiting speedy players that make plays. I am confident they will mostly plug and play there.

When UCF is at its best they are just as good on defense as they are on offense.  Situated where they are they have not had trouble getting speedy athletes on that side of the ball too but the results have not been there the last couple of seasons.  If they improve on D they are going to be very tough to beat.

Back them things were normal one of the big stories was about how Luke Fickel did not want to leave his situation at Cincinnati for what was going on at Michigan State…and for good reason.

The Bearcats are winners.  They might not have grabbed any big surprises but they have won 11 games for two seasons in a row and there is a lot to like about this team right now.  This is an experienced group that should be able to thrive under less than ideal circumstances in 2020.

Junior QB Desmond Ridder took a bit of a step back last year but he is one of the most experienced quarterbacks in the league and a true dual threat.  Having him make decisions in a year where there could be some unexpected dynamics in play is going to be key.  The Bearcats were firts in ppg allowed last season and with Fickell being a defensive guy I think that number stays right where it is even though the Bearcats are not as explosive as other teams in the league.

Memphis is probably one of the more underrated programs in America but this season is going to be a test.  Mike Norvell guided them to a school-best 12 wins a year ago but now he is coaching in Tallahassee.  It looks like a lot is in place and they hired from within but maintaining that level of success is hard to do.

Memphis has had success because they have been able to get a lot out of their key playmakers.  Last year Kenny Gainwell burst onto the scene with more than 2000 yards from scrimmage and 16TDs.  Look for those numbers to grow, he is probably the best running back outside the Power 5 and they are a number of big time programs that wish they had him.  With continuity the name of the game there is no reason to expect the Tigers’ offense to be any less explosive than the 40ppg they averaged a year ago.

Shane Buechele began his career at Texas so it is not a surprise that he is having success at SMU, where it looks like he is the best quarterback in the league heading into the season. Two other players on the AAC first team offense means that unit seems set to be a force this season.

It is the defense of the Mustangs that will really determine how much of a threat they are this season. If they can get that unit to be at least average then they should be able to win some ball games.  It is not going to be easy though they do not have stars on that side of the field.

SMU gets a lot of its biggest games at home this season and they might have to win them all.  They were 8-0 a year ago and expecting that kind of start is probably not realistic but they could get into November with meaningful games on the schedule.

This is one of the most interesting conferences to bet.  UCF is the headliner but Memphis has been right behind them the last few seasons and broke through a little last year.

Cincinnati is another very appealing option because of the price point.  These three teams are probably right there in terms of overall talent but given that UC and UCF are in the same division the probabilities of being in the title game are adjusted.

Navy and SMU at +1000 are very intriguing, especially Navy.  Will there be an extra advantage to being a service academy this season?  You would think that extra discipline could be a factor and that their protocols might be better this season.  Still I keep coming back to Memphis.  The defending champs. They have a star and continuity, so let’s roll with that.

If you’re looking for more blog posts like our 2020 AAC Predictions we’ll be providing 4* free College football game predictions on the blog all season long, and check out our Experts for guaranteed premium & free CFB Football picks!