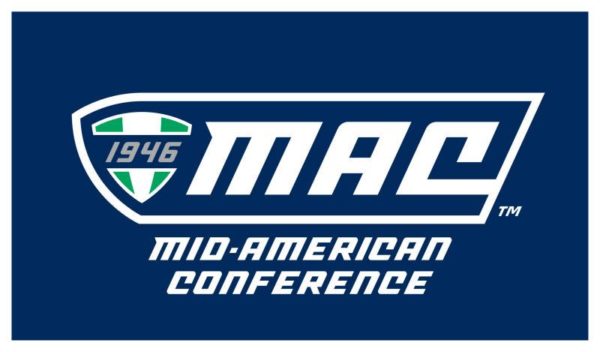 Looking for 2019 Mid-American Conference predictions? Not surprisingly, Toledo and Ohio have been selected in the preseason football media poll to come out of their respective MAC divisions. Pollsters ultimately picked Ohio to come out ahead in the conference title matchup, but at this point in the preseason, oddsmakers have Toledo as a slight favorite in overall conference championships odds.

These aren’t the Toledo Rockets of just a couple of years ago, but they’ve earned the top odds to come out of the conference for a reason. Last year’s 7-6 team should ultimately look like a shell of their new selves in 2019.

Defensively, this team will need to prove itself before we give it a full benefit of the doubt, especially as it pertains to the secondary. Run defense needs to be better as well.

Luckily if you consider yourself a Toledo stakeholder, the running game on the more glamorous side of the ball should have you excited. That aspect of this year’s version of the Rockets will be very, very good, and is likely what oddsmakers are looking at most when giving this group the edge.

Ohio has had a nice run under head coach Frank Solich, and that should continue in 2019. Death, taxes, eight wins minimum around these parts.

When it’s all said and done, it likely won’t have felt like a transitional year at all—not if QB remains as reliable as we expect it to be.

Western Michigan has too much talent and experience to be considered a fringe-seven-win team. But that’s what they are until proven otherwise.

Unfortunately, their schedule does them no favors this season. And they don’t have a recent track record that screams for an internal growth movement of monumental stature.

But there is a sign of slight growth. The team’s experience is going to surpass its talent this year, but that’s not a bad thing. You can win games alone on knowing how to execute a game plan, and those are the types of games that can push you over the previous year’s threshold.

Northern Illinois at +600 feels like a better bet than Western Michigan at +500. That’s not to say either feels like a true favorite to come out on top of the conference (and it’s certainly not us telling you how to value your hard-earned dollars).

But Northern Illinois feels like a better bet to challenge Toledo for the division, and out West, if you can escape Toledo, anything can happen.

Remember all that talk about taking Northern Illinois to challenge Toledo? There’s something very important to consider here.
In a world where I can place multiple wagers, hedging my bet, I’m choosing Toledo and Northern Illinois—not Toledo and Western Michigan.

But here’s the other important thing to note: If I’m in a world where I can place only a single wager, I’m still taking Toledo all day long.

The payout isn’t what you’ll see out of odds-on favorites in other conferences, but the parity across the MAC is still notable, making this conference one worth keeping an eye on this season whether you have money on the line or not.

What do you think about our Mid-American Conference 2019 Predictions? Please leave us a comment below telling us how you think they’ll do in 2019!

The 2020 College futures betting season is here in full force! If you like to bet on NCAA football, you are in the best possible place for online betting. CappersPicks.com has NCAAF odds up on a ton of futures, and you will also find College football lines up for early games as well.