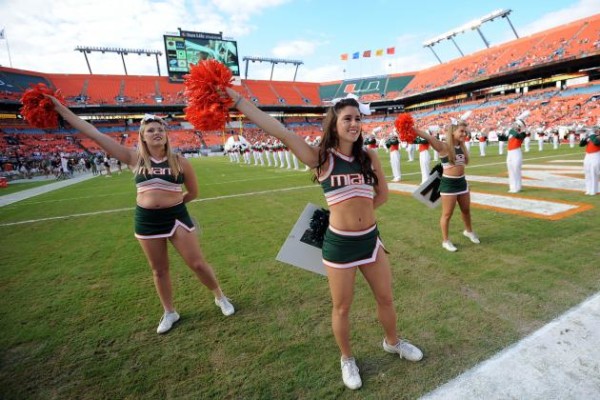 Looking for 2016 Miami Hurricanes predictions? Miami’s malaise has been going on way longer than I would have expected. After dominating for 15 years they have been slow to regain their 80s/early 90s glory.

Talent still rules but coaching has a lot to do with it and in Mark Richt they have their most accomplished coach since things went south.

Richt comes into a situation where the offense is in great shape with a future NFLer at QB.

Unfortunately the defense, which truly was the heartbeat of those dominating teams of the past, has a lot to prove. It is hard to believe that there are not enough athletes on that side for this program to return to former glory on that side.

They should be a factor in the ACC Coastal race in year 1 of the Richt Era.

Mark Richt walks into a pretty good situation in Miami. Not only is he going back to his alma mater but he finds quarterback Brad Kaaya waiting for him.

Some think he could be the top QB taken in next year’s NFL Draft and he may even be the best QB Richt ever coached, and he has had some good ones.

The Miami offense should be very effective with Kaaya standing behind a line that returns all five starters, a wonderful piece of continuity for a new leader.

They have less experience returning at the skill positions but I am confident that there will be enough athletic weapons for Kaaya to work with – WR Stacy Coley is a legit threat.

Look for the offense to jump their production by at least a touchdown this season.

When Miami has been at its best it has been led by a defense that would dominate on the field and step on your throat off of it.

Richt cleaned house with the coaching staff this season bringing in defensive coordinator Manny Diaz to inspire a group that even though it may not be as talented as units that featured the likes of Ray Lewis and Warren Sapp is more than talented enough to balance what could be an elite offense.

How quickly the defense can become a fearsome unit will dictate just how far this group can go this season and if it can reach the heights I think it can – see below.

There are seven returning starters but the best defensive player they have may be freshman LB Shaquille Quarterman.

The early enrollee was a terror in the spring.

It looks like the “U” has finally got their man in Richt and the timing could not have been better.

In looking at their schedule they have a great chance to parlay some incremental improvement on the field into some very big gains including a Coastal Division title and trip to the ACC title game, in fact I would be disappointed if they don’t get at least that far.

They should be favoured in all of their league games except their annual tilt with Florida State (they miss Clemson this season), which will be at Miami this season.

The slate is more than manageable and I see them as a very live dog when they visit Notre Dame in October.

I am not sure who is setting the totals but Miami at just 6.5 wins looks like one of the smarter over plays on the board right now.

I know there are no guarantees but I see six gimmes on their schedule meaning if they split the others they cover that number with ease.

They won eight games last season and the outlook is very positive for this team being much better.

What do you think about our 2016 Miami Hurricanes predictions? Please leave us a comment below telling us how you think they’ll do in 2016!