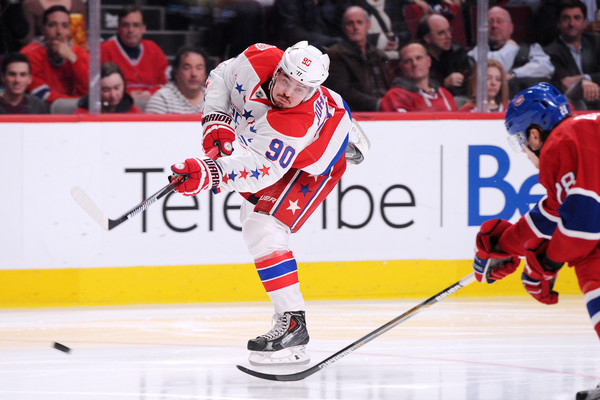 The NHL season is in full swing and after two months of the Regular Season, the top dogs are really starting to separate themselves. Montreal is still without Carey Price but has maintained their spot at the top of the overall standings, the Caps have been red-hot and the Dallas Stars keep filling the back of the net.

Where does your favorite team sit after two months of the NHL Regular Season? Let’s take a look at Dave B’s bi-weekly NHL Power Rankings.

The Caps enter this week on a five game win streak and just four points back of Montreal with two games in hand. They play the Habs on Thursday in what has all the makings of the game of the year thus far. Braden Holtby has been remarkable between the pipes and the scoring is balanced. Finally, the Caps are a well rounded team – capable of competing for hockey’s Holy Grail.

The Stars are 8-2-0 in their last 10 games and are the second highest scoring team in the NHL behind Montreal. Unfortunately, they are giving up their share of goals as well. Jamie Benn and Tyler Seguin have made this team a nightmare offensively – the lack of defense may be an issue once we get to the playoffs however.

The Habs keep getting it done despite having to rely on Mike Condon between the pipes. They are still the highest scoring team in the NHL so far – everyone is contributing and taking the pressure off of the defense. Once Price returns Montreal is a scary team.

The Blues are 5-3-2 in their last 10 games but gained five of a possible six points last week. Injuries have been an issue of this team – so has goal scoring surprisingly. Maybe all of the close low-scoring games will better prepare for St. Louis for the playoffs this year!

The Rangers are just 6-4-0 in their last 10 games – three straight losses as we head into this week! That said New York is a deep and talented team from the crease out. I’m not too worried about New York – they are too good to look so average.

Are 6-2-2 in their last 10 games overall – they look more like the team that we thought they’d be. Duncan Keith’s return from injury has made all the difference and Patrick Kane record setting 19 game point streak has been fun to watch.

Went 6-0 on the road to get back to respectability and went on to a 5-2 loss at home to the Blackhawks last week. San Jose is the biggest riser this week and are a deserved top 10 club – right about where we though they’d be.

Have gone 6-3-1 in their last 10 games – a comeback win on Saturday against rival Chicago was the highlight. Anze Kopitar and Marian Gaborik have finally started to play the way they are capable of and the defense and goaltending is typically strong.

Are 5-2-3 in their last 10 games and looked terrific on the road last week gaining four of a possible six points – a 7-4 win at Dallas being the most impressive. Their balance has been the key – five players have at least 20 points – Bobby Ryan is starting to catch fire as well.

The Islanders have looked like an average team the last couple of weeks – 5-4-1 in their last 10 games overall. Despite the inconsistencies, talent and potential alone have the Islanders remaining a top 10 team.

Have hit the skids a bit – just 4-4-2 in their last 10 games. They enter this week having lost five of their last six games overall – the defense has been just so-so and the offense hasn’t been great. Nashville is too talented to be playing like this – expect them to bounce back sooner than later.

The Pens are certainly a difficult team to figure out – just 4-4-2 in their last 10 games – THEY LOST TO EDMONTON FOR CRYING OUT LOUD! Sid Crosby still has just five goals on the year and the offense as a whole hasn’t been near the level we thought and still the Pens are tied for ninth in the overall standings. Pittsburgh WILL BE better and belong in the dirty dozen this week.